From Voice Coaching to Script Writing to Studio Recording 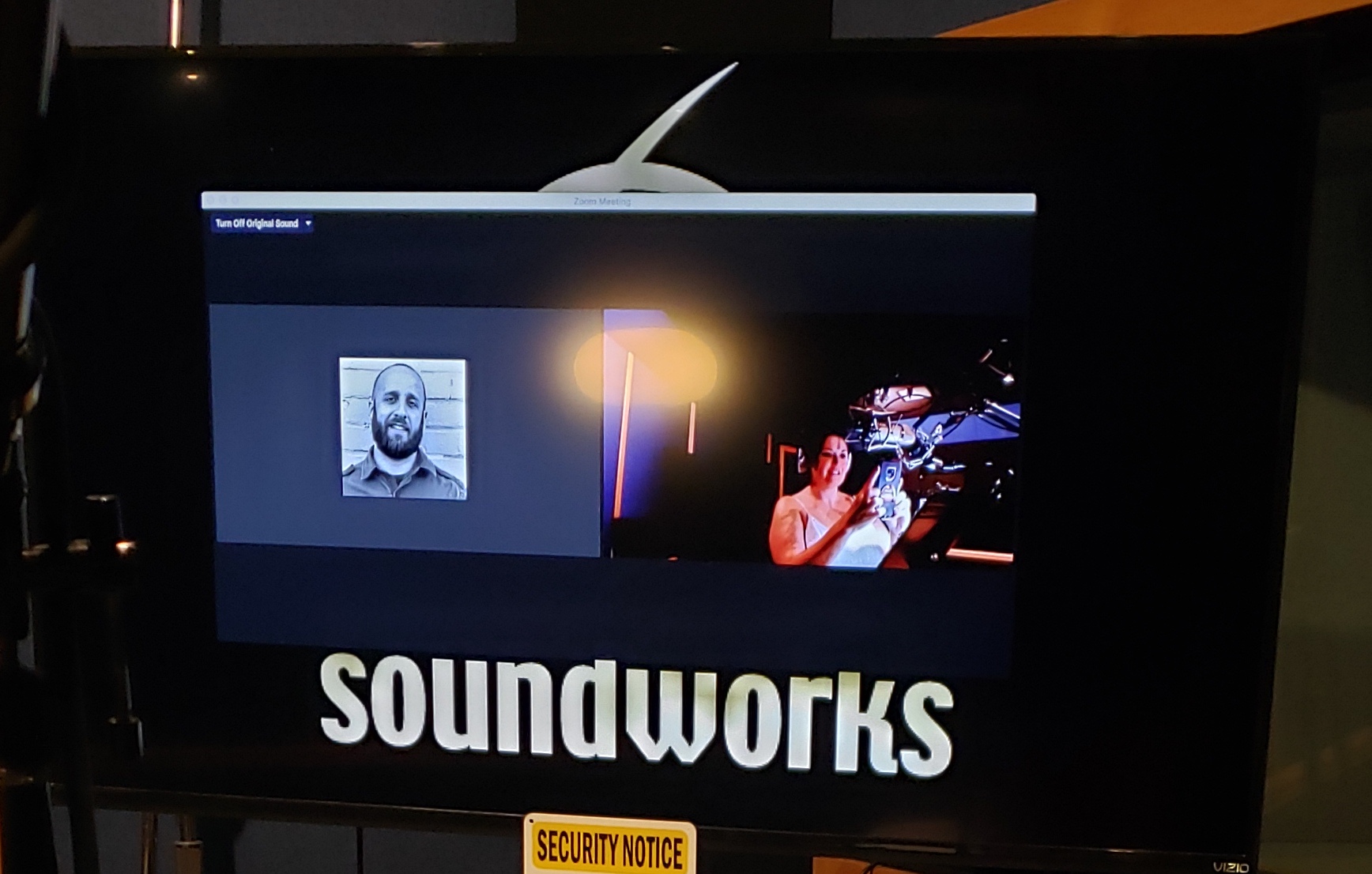 A demo in the voiceover world is a sample of your vocal range and ability as talent. It’s an investment, as it should be, and done well, it will open doors to many opportunities and be a killer calling card for years to come.

My last commercial demo was beautifully produced and was representative of my coaching, experience and time in the industry up until then. However, it has been eight years since then, and to say the least, it was time for a new commercial demo.

I had heard of Eric Romanowski’s work and was impressed. Despite living in LA, in this age of remote work, I didn’t hesitate to collaborate with Ear Blowing Audio out of Atlanta. We had a great chat and both agreed that it would be smart for me to touch base with Mary Lynn Wissner of Voices Voicecasting for coaching on the demo ahead of time.

So, during the pandemic, I had a coaching session with Mary Lynn, and she was wonderful! I jived with her way of teaching immediately. Mary Lynn knows commercials. She knows talent. And she knows how to direct. I loved every second of that session and so looked forward to our demo-prep.

Once the world began to open back up earlier this year, Eric and I reconnected, and he asked me to do a little homework. It was so worth it. I don’t want to share any of the ‘secrets’ to his genius, but because of the time and intense dedication to the scripts, this demo meant something personal to me, which was unexpected and extremely special.

I also met with Mary Lynn virtually again, this time with the scripts Eric had prepared, and we were ready! From my favorite car brand, Subaru, to my absolute obsession with genealogy and Ancestry.com, each script was unique and representative of me. In fact, when you listen to the Hormel ad, the kid character is voiced by my daughter, Charlotte. Such fun!

We decided to record my demo at Soundworks Studios – a nearby studio I know well due to my work with LoopTown these past few years. Jeff Sheridan, Dan Montes and the Soundworks team record voice work for Dreamworks, Disney and other top-notch studios, and I know their work. I had no doubt my demo would sound absolutely stellar. 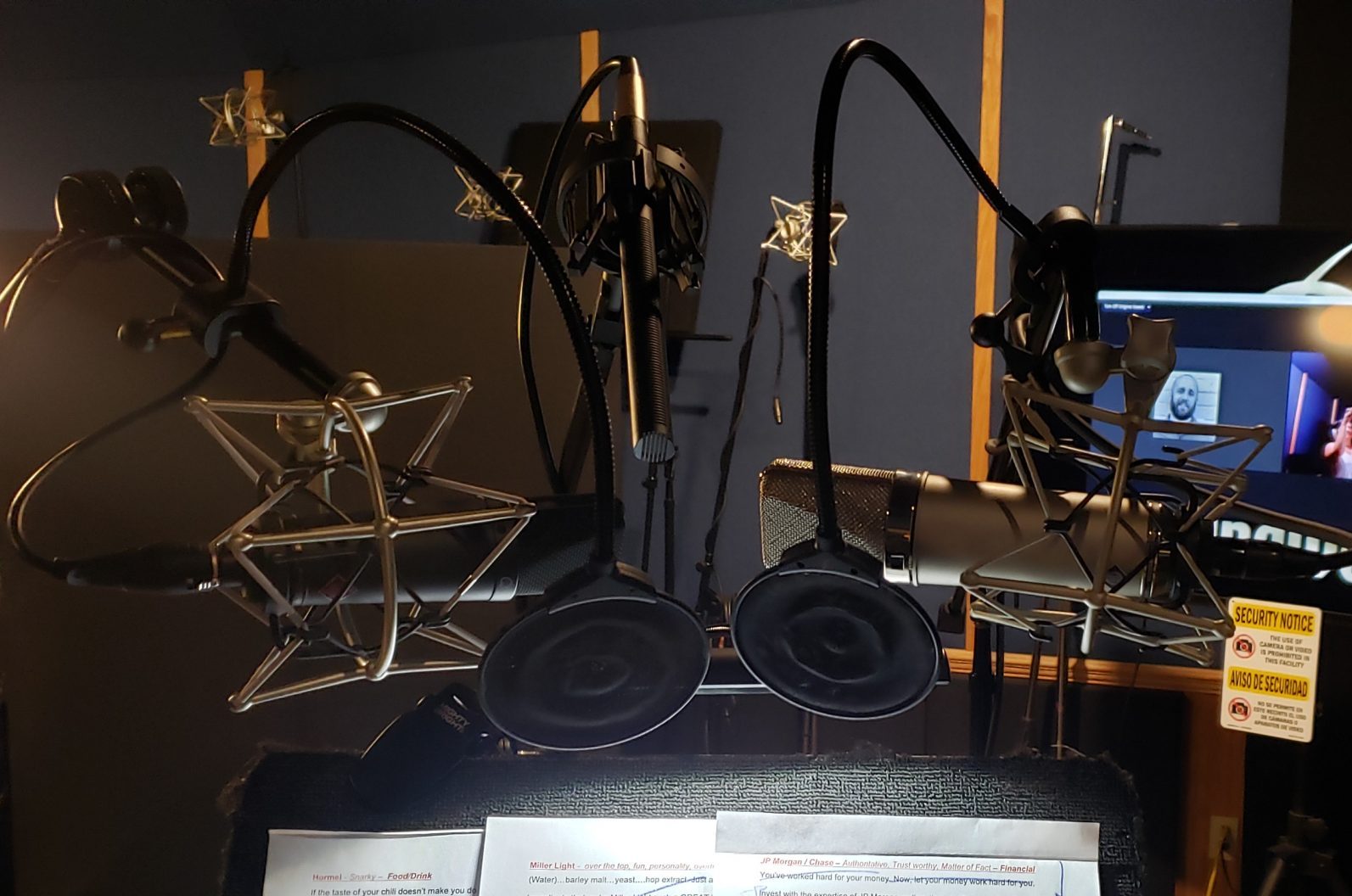 Per Eric’s recommendation, we would try 3 microphones during the session. And Dan, being the professional he is, set them all up at the same time! Basically, I was like a kid in a candy store. Every spot on the demo was recorded on all three mics at once, so that at the end, Eric could review all of the takes and choose the best sound for each ad.

Needless to say, bringing the scripts to life was so much fun and the session was a blast.

Learning, collaborating, and teamwork. I thank Eric, Mary Lynn & Soundworks with every vocal chord I have for being such solid team members and an important part of my foundation.

After a year in the making, I’m incredibly proud to share my new commercial demo. Please enjoy!